Casey burst onto the MotoGP scene in 2006, taking pole in just his second race as he established himself as one of the quickest riders on the grid. He dominated the championship the following season, taking tens race wins and six pole positions on his way to giving Ducati their first premier crown.

Casey added another MotoGP title in 2011 and finished his career with 38 wins, 69 podiums, 39 pole positions and 29 fastest laps from his 115 race starts. Regarded as one of the all-time greats of the modern era, the Stoner Limited Edition Supertech R recognizes Casey’s racing success, his style and his devastating speed. Featuring all of the technical innovations of Alpinestars’ class-leading Supertech R boot, the special colorway allows fans to enjoy a distinctive, premium race boot fit for Champions.

Alpinestars’ most iconic road riding boot worn by a roster of the fastest world champions past and present, the Supertech R features performance innovations, including a redesigned compound rubber sole, an ergonomically profiled shin plate and a redesigned front flex area – all of which enhance the podium winning performance of this CE-certified boot. 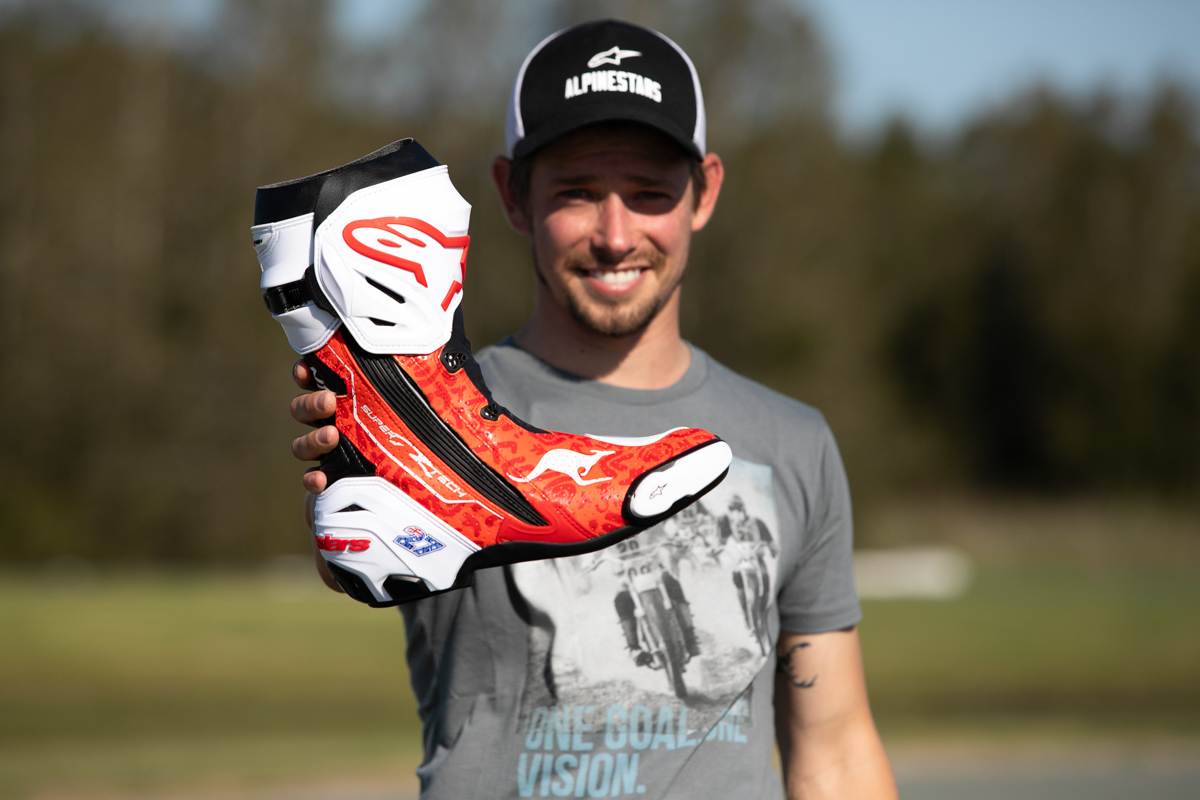